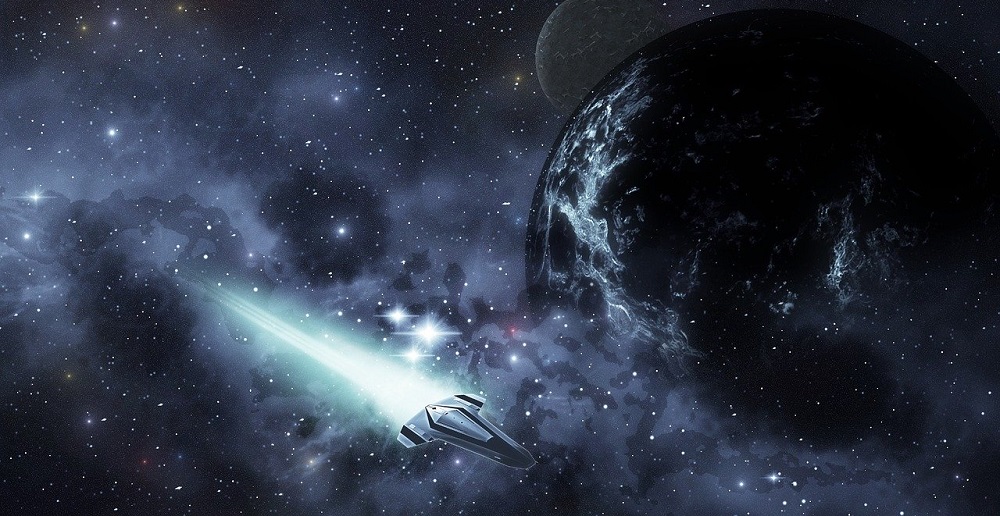 Space operas are a science fiction genre that some people love and others hate. It’s a genre that’s full of interplanetary warfare, melodrama, and strong heroes with romances that are full of chivalry. They can trace their roots back to the 19th century and really hit their stride in the mid 20th century. They are currently enjoying a resurgence, so it’s a good time for people who aren’t familiar with these types of books to get onboard. To make it easier for our readers to get vested into this genre, we’ve decided to review some of the best space opera books around today.

Dune is one of the bestselling space opera/science fiction novels of all time, and there’s a good reason why that’s the case. It tells the tale of a feudal interstellar society in the far future where noble houses control their own planetary fiefdoms. Amidst this backdrop, Paul Atreides’ family accepts the stewardship of the planet Arrakis. This planet is a desert wasteland that’s sparsely populated but is the only known source of a drug known as melange. This drug referred to in the book as “spice” not only enhances mental abilities but also extends life. The story continues as the planet becomes a coveted resource and many different players confront each other in political, religious, and technical battles.

Dune was first published in 1965 but has continued to do well over the decades. Many people remember the movies from the 1980s featuring Sting, Francesca Annis, and Leonardo Cimino, or the 2020 film, but the book is unmatched by any of these products. This is especially true of this copy, which has a new cover, fully illustrated endpapers, a redesigned Dune world map, and an updated introduction. Anyone looking for a classic space opera that holds up just as well today as it did when it was first published, is going to want to take a closer look at this book.

Best Classic Space Opera: The Ship Who Sang: A Novel

This book was written by Anne McCaffrey in 1969 and follows the story of Helva, a human woman who has had her brain implanted into the titanium body of an intergalactic scout ship. You see, in this novel, humans who are born disabled but with exceptional brains are given new life by implanting their brains into “brain ships.” Unfortunately, the surgery, medicine, and training of these “shell people” have to be paid off before they can become truly free. To work off this debt, they are employed by mining planets, hospitals, industrial plants and other industries that require their unique skills.

Helva was born with the voice of an angel, and the ship she was implanted in, the Helva XH-834 was virtually indestructible, which makes her virtually immortal. Then one day she falls in love, and the real adventure begins. Although the author of this novel is best known for her bestselling Dragonriders of Pern series, this is an often-overlooked book that combines all of the best elements of the space opera genre. We think it’s a book that most people will like, even though it was originally published over 51+ years ago. We highly recommend it and feel like it’s a classic.

The space opera is written by Yoon Ha Lee and is a story about a 13-year old named Min, a girl who comes from a long line of fox spirits, although no one would suspect that was the case merely by looking at her. Her mother insists that none of the family uses their fox-magic such as shapeshifting or charm. This is done to keep the family safe because the family must appear human all of the time. Min doesn’t like this idea, nor does she like the impoverished planet they call home Jinju, so she’s just waiting for her chance to follow her older brother Jun into the Space Forces. However, when she learns that Jun is suspected of leaving his position to search for the Dragon Pearl, Min knows something is wrong. This is when she decides to run away and try to find her brother so she can clear his name.

During this epic journey, she will come into contact with vengeful ghosts, gamblers, and pirates. She will also be forced to use her fox magic and to rely on her senses, her bravery, and her cleverness. This is a space opera that’s underpinned with Korean mythology and transports the reader into a world beyond their imagination. This is a book that’s highly imaginative and one we feel most of our readers are going to want to gift to their children who are in the 9-year old to the 12-year old range. It’s one of the best space operas for children and one that’s sure to become a classic.

This book by Robert Anson Heinlein was first published in 1959 and became a cult classic during the 1960s. It’s considered to be a militaristic space opera that celebrates the victory of World War II, combines it with the anxiety of the Cold War and mixes it with the general discontentment that occurred from the end of the Korean War. It tells the tale of a futuristic society in which mankind is locked in the biggest battle of their lives against the Arachnids. Against the backdrop, Johnnie Rico, a soldier who never intended to join the infantry, now finds himself in combat training harder than anything else he has ever faced.

When he graduates and joins the war, he learns why he is a soldier in the first place. This is a story that engrosses the reader from the get-go and tosses them right into the story. This book is a Hugo Award Bestselling novel and one of the best futuristic military adventures ever written. This book is approximately 352-pages, so it’s also a quick read that grabs the reader by the collar and doesn’t let it go. Anyone looking for a space opera classic with a bit of militaristic flair is going to want to open this book and give it a try.

This book was originally published in 2011 and focuses on a future when humanity has colonized the solar system. Humanity has established posts on not only the moon but also mars and the asteroid belt, however, intergalactic travel is still beyond their grasp. With this as the backdrop, the story follows Jim Holden, an ice miner, who is making a run from Saturn to the mining stations of the asteroid belt. He and his crew stumble upon a derelict ship, known as the Scopuli, and on that ship, they come across a secret that’s worth killing for and that they never wanted to possess. If he can’t find out who left the ship and why they left it, then war is almost imminent.

As the story progresses, we’re introduced to Detective Miller, who is in search of a girl. Her trail would lead him to the derelict ship and Holden, and he soon realizes that this girl might be the key to it all. As Holden and Detective Miller navigate the intricacies between Earth, the outer planet revolutionaries, and secret corporations, they have to battle the odds that are stacked against them. Can they change the fate of the universe? Only by reading this novel can you find out. And believe us when we tell you, that this book is a modern classic that’s worth reading.

A Guide To Space Opera Books

Even though we think that we did a pretty good job of covering the basics of what a space opera is, we do understand that some people might not have a complete understanding of what these books are, so we decided that we would cover the subject in a little bit more detail. In this guide, we’re cover to cover what a space opera is, its history and some of the books that used this formula. So, let’s get started and jump right into it. 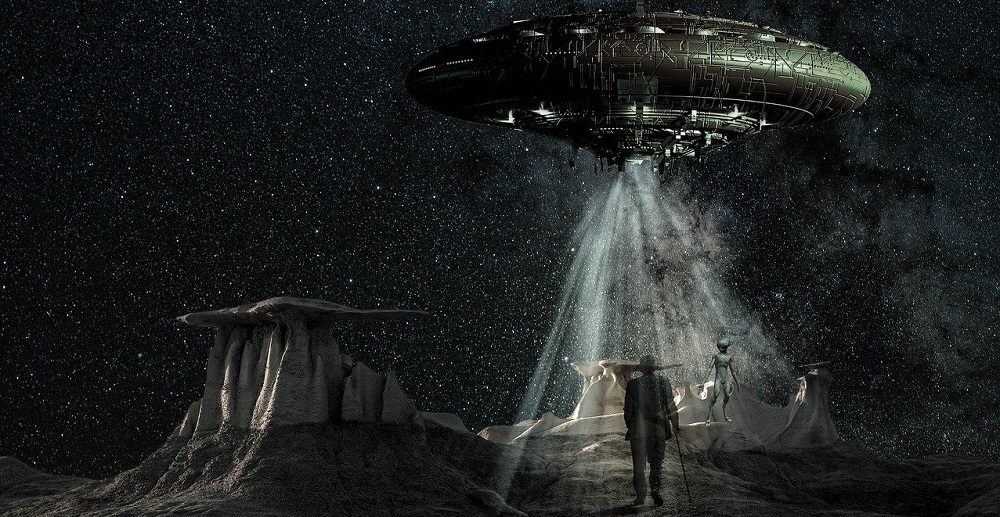 What Is A Space Opera?

The term space opera was first coined by author Wilson Tucker in 1941. He used the term in an issue of Le Zombie, a science fiction fanzine, and he meant the term to be a pejorative for the entire genre. In the 1930s, the term horse opera was coined to describe formulaic westerns, and during the 1930s-1940s, the term soap opera was coined to describe serial dramas that were melodramatic and were sponsored by soap manufacturers. Mr. Tucker felt that this genre was the sci-fi equivalent of horse and soap operas. He would go on to describe them as being hacky, grinding, spaceship yarns. It was also noted during this time that many of the plots of space operas came from horse operas and they were simply adjusted to fit in with the outer space environment. A good example of a space opera is the comic book strip Flash Gordon, which was first published on January 7th, 1934.

The History Of Space Operas

Although space operas didn’t really get traction until the 1920s, this genre can trace its roots back to the 19th century. This is when several French authors would create what many fiction historians would refer to as proto-space operas. These prototypical space operas include Les Posthumes by Nicolas-Edme Rétif and Histoire Merveilleuse de l’un des Mondes de l’Espace by C. I. Defontenay. Although these books weren’t widely popular, they did inspire the writers of the space operas that would come later. This genre wouldn’t take off, however, until the 1920s. This is when pulp magazines such as Amazing Stories and Weird Tales began to prominently feature these stories in their magazines. Some people consider E.E. Smith as the real father of the genre when he published Skylark of Space in Amazing Stories August-October in 1928.

The one question that’s frequently asked by people who are new to this genre but think that they might be interested in them is how this genre differs from standard science fiction. Although there are no hard and fast rules that differentiate these two genres, we think that it’s safe to say that standard science fiction books adhere more closely to the rules of biology, physics, astrophysics, and mathematics. Space operas, on the other hand, tend to play fast and loose with these details and focus more on the relationships between the characters and the action underlying all of it. However, in all fairness, we should probably note that this isn’t always the case, and some space operas are quite rigorous in their scientific depictions.

Since we think that we can safely assume that many of the people looking at this guide are probably interested in space operas, or at least are open to learning more about this genre, so we thought it would be appropriate to list some of the more popular space operas that have been published since the inception of the genre. Of course, in the amount of space we have available for this guide, we simply can’t list all of the space opera books that have ever existed, we can cover some of the more popular ones. Now, let’s take a little trip through publishing history and take a look at some of these classic and soon-to-be classic books, stories and novels.