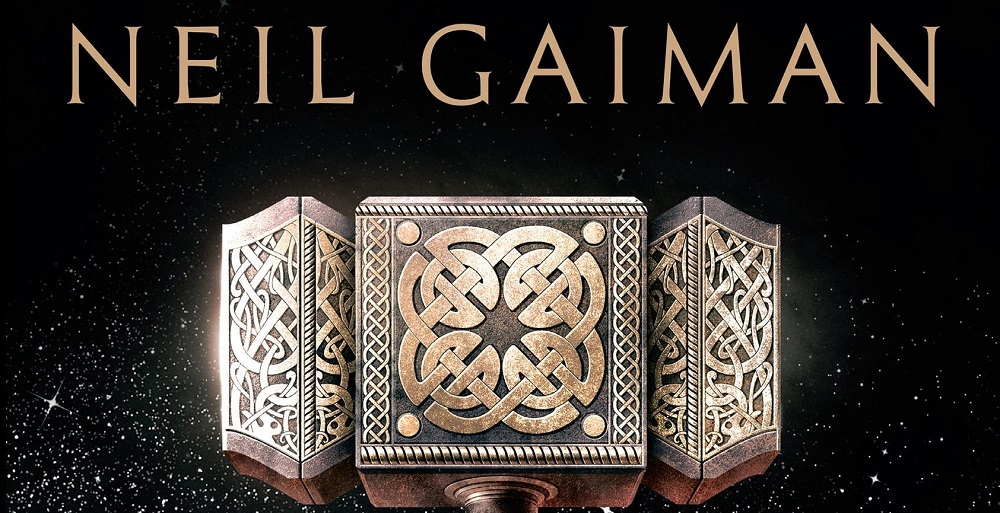 Born in Hampshire, UK and now living in Minneapolis, Neil Gaiman is the author of more than twenty books, dozens of short stories, and many novels. He’s the first author to have won both the Carnegie and the Newbery medals for the same book: The Graveyard Book. He’s also won a variety of other awards including the Bram Stoker, Hugo, and Nebula awards. Since we’ve been big fans of him for quite some time, we’ve decided that we wanted to do an article on some of his best books. That’s exactly why we’ve gone ahead and listed what we feel are the best Neil Gaiman books available.

Regardless of whether a reader is familiar with the works of Neil Gaiman, they’re probably going to want to read this book. That’s because this book shows the author at the pinnacle of his form. It’s a book that combines darkness and light, the tender with the sinister, and the sweet with the bittersweet. It’s a tale that takes a page from the storyteller’s of old, as Mr. Gaiman weaves together a story that’s both enchanting and unforgettable. All of this makes this a novel that both fans of his work, as well as readers who are new to him, are going to want to pick up. Just be warned, once this book is picked up, the reader is not going to want to put it down.

This book is about a boy named Nobody Owners, a child who simply goes by the name Bod, who lives in a graveyard and is raised by ghosts. In the graveyard, he has a garden that straddles the line between the world of the living and the dead, and he is witness to the adventures in the graveyard. Adventures that include a gateway to a city of ghouls, and Indigo man, and a horrible sleer. If Bod ever leaves the graveyard, however, he will be in terrible danger. In danger from Jack, a man who already killed his family and will gladly due him in if given a chance. It’s an instant, modern classic that’s won both the Carnegie and the Newbery medals.

Best For All Ages: Odd and the Frost Giants

Even though this book is only 128 pages, it’s still a book that is, in our opinion, worth reading. It’s a book that’s aimed at younger readers but is one that we believe can be enjoyed by people of all ages. It’s a Nordic tale told by Neil Gaiman and Chris Riddel, two authors who together create a tale of adventure and high adventure that will keep the reader glued to the book from the very first page to the very last page. It’s a book that’s beautifully illustrated as well, so parents can certainly read this book to their children and allow them to enjoy the images.

This book starts with the introduction of a young Viking boy named Odd. Odd is left fatherless following a raid and has a crushed foot, so he flees into the woods as there is no longer anyone to protect him. Once in the woods, he comes across and releases a bear, and it’s at that moment that his fortune begins to change. That’s because the animals he comes across are Norse gods that have been trapped in animal form by an evil frost giant. This places Odd on a journey to grab Thors’ hammer, all while trying to outwit the giants. If he does it he’ll release the gods. If he doesn’t, then it could be disastrous.

Okay, we have to get it off our chests. Not everyone is going to like this book. Not because it isn’t beautifully told, because it is, and not because it isn’t concise and accurate regarding these tales. Some people are not going to like it because they may feel like it’s a rehashing of stories that anyone familiar with Viking mythology is already going to know. Neil Gaiman just takes these primeval stories and gives them a narrative arc that takes them from the beginning of the nine worlds and into the world populated with dwarves and giants, men and deities. For those unfamiliar with these stories, however, we feel that it’s a great and entertaining introduction to the subject.

All of the main players of Viking mythology can be found in this book. There’s Odin, high lord of the gods–a god who is wise, daring and full of cunning. Then there’s Thor, the son of Odin, a fantastic hero with unbounded strength, but who is a god that might not be the sharpest tool in the shed. And finally, there’s Loki, blood brother to Odin and son of a giant. A trickster who likes to manipulate things behind the scenes and is the unrepentant trickster. There are tales of Thor trying to retrieve his stolen hammer, as well as the tale of the Blood of Kvasir. Neil Gaiman has succeeded where other authors have failed by breathing life once again into this ancient mythos.

We imagine that many of the people who come to this review have probably seen the American God’s television show, which is based on this book, and now they want to see the source material. Fortunately for them, as well as anyone else who may pick up this book, they’re in for a treat. That’s because this thrilling, dark fantasy is truly a treat to read. It’s poetic, funny and pulls the reader in right from the start. Although we can’t say that we were completely thrilled with the ending, which we won’t spoil here and will merely state that we felt it was anticlimactic, it’s still a story worth reading.

It follows the story of Shadow, someone who was locked up for three years and now released, can return to Eagle Point, Indiana. Before his release, however, his wife Laura and his best friend are killed in an auto accident. This unmoors him from his life and he would go on to accepts a job from a man who calls himself Mr. Wednesday. Mr. Wednesday is a man who seems to know more about Shadow than Shadow does of himself. Shadow’s job leads him on a bizarre road trip that introduces him to weird and enigmatic characters whose fates are intertwined with his fate. It’s certainly a story that is unlike any other dark fantasy.

A Guide To Neil Gaiman Books

Neil Gaiman is a man who has credited libraries and librarians for his love of writing. Which is probably why he’s so prolific and has written some of the best modern dark fantasy novels available. Of course, not everyone will agree which of his books are the best, so we understood that when we wrote this review, there would be some dissent. And that’s partially why we’ve decided to add this guide as an addendum to the back end of our reviews. We hope that this guide will help our readers find the best Neil Gaiman books for them if for some reason they find our list to be inadequate. With that being said, let’s start with a brief biography of this author and then move on from there. 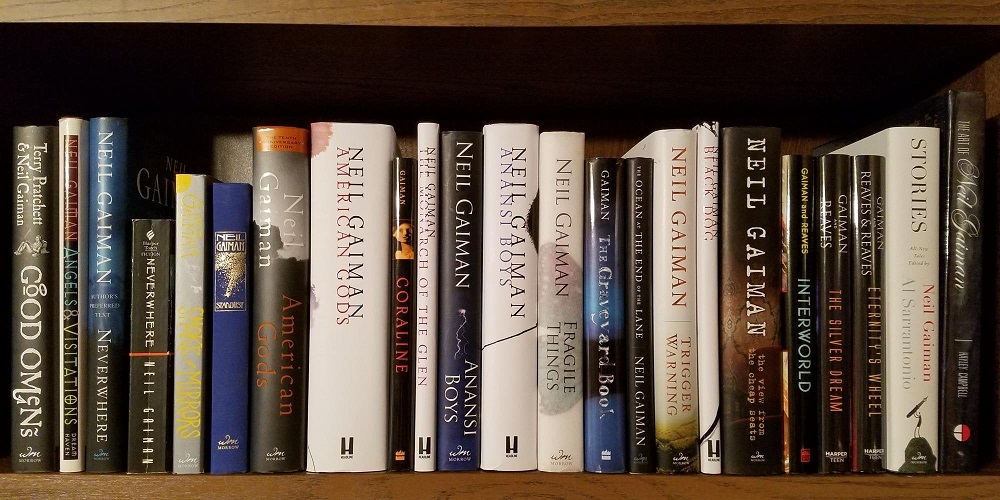 A Short Biography Of Neil Gaiman

Neil Richard Gaiman was born on November 10, 1960, in Portchester, U.K  and grew up in Sussex. He attended the Whitgift School in Croydon, and when he graduated, he earned his first author credit as a paperback biographer for the music group Duran Duran in 1984. It was extremely successful, and in a matter of only a few days it completely sold out. At about the time that this paperback biography was showing a bit of success, he met artist Dave McKean, and the two developed a working relationship. They would go on to work on the graphic novel Violent Cases in 1987. This established the pair as a rising talent in the world of comic books. They would submit story and art treatments to DC Comics, and they ended up doing Black Orchid in 1988. Neil Gaiman would go on to not only do graphic novels but also novels such as the best selling Good Omens in 1990, Neverwhere in 1996, and Stardust in 1999. In 2001, he published American Gods, and in 2002, he published Coraline. And the rest, as they would say, is history.

Although it would be nearly impossible for us to list the awards that Neil Gaiman has earned throughout his career, we thought that we would touch upon at least some of the awards that he’s earned. Before we begin, let us just say this. Please understand that this is a partial list of his awards, so please don’t scream at us.

Let’s finish off this guide with some of the works that Neil Gaiman has completed and published. As was the case with his awards, it’s almost impossible for us to list everything that Mr. Gaiman has written since he began his career, especially in this limited amount of space that we have. However, we would like to list some of his more important works, so our readers can decide on the ones that they might want to add to their library or their Kindle. When possible, we’ll list the works in the order that he has written them for our reader’s convenience.