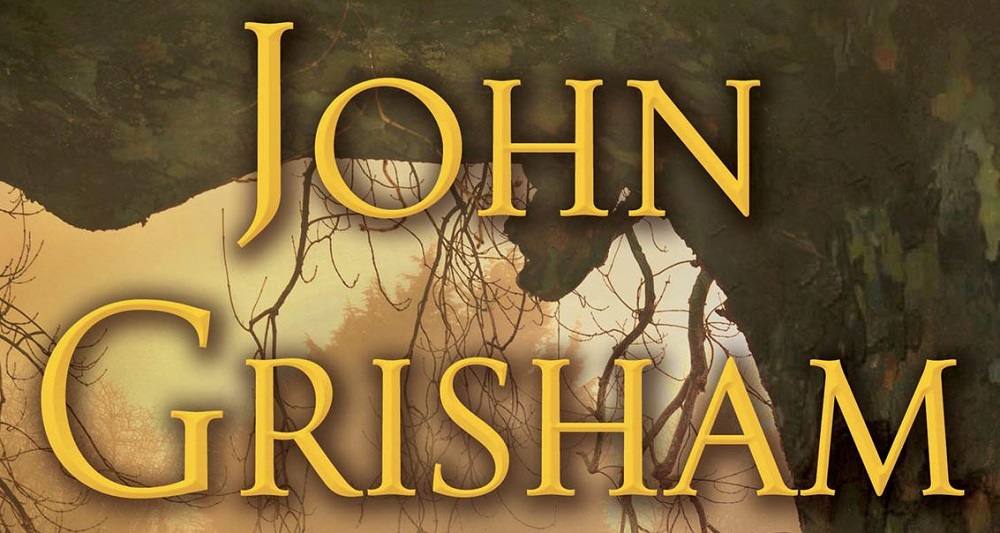 Although John Grisham is an attorney, activist, and politician, he’s probably most famous for being a novelist. A novelist who has written books in the crime fiction, Southern Gothic, and most notably, the legal crime thriller genres. During his lifetime, he has written over 34 novels and has sold almost 300 million books. We consider him to be not only one of the most entertaining American storytellers around but one of the most important ones as well. That’s why we think everyone should have at least a few John Grisham books on their bookshelf. It’s also why we’ve reviewed some of our all-time favorite ones.

When most people hear the title, ‘The Firm’, they may immediately think of the 1993 movie starring Tom Cruise and Jeanne Tripplehorn. This isn’t surprising considering that the movie was popular among audiences of the time. However, as great as the movie was, it pales in comparison to the John Grisham book it’s based on. A book that was written in 1991, and follows Mitch McDeere—a newly graduated lawyer who signs with a law agency who purchases him a new BMW, pays off his debts and even hires him and his wife a decorator. Unfortunately, all of that comes at a great cost, and Mitch is put in a position where he has to make some hard, fast decisions if he wants to keep his life and his freedom.

The Pelican Brief is the third book by Grisham and it was first published in 1993. The story within its pages is a cross between a political thriller and a legal thriller, and it’s a novel that starts quickly and never lets up until the end. The story begins with the assassinations of two Supreme Court Justices by a consummate professional assassin. Justice Rosenberg is killed in his home and Justice Jensen is killed in a D.C gay movie theater. The two assassinations, as well as the circumstances surrounding them, cause shock and despair to an ideologically divided country. And Darby Shaw, a Tulane University law student, ends up in the middle of it.

For full disclosure, we should start by stating that this book isn’t the same kind of page-turner that other John Grisham novels tend to be. However, we still love this book because it’s a solid story, and we think many people will agree with us considering that it spent quite a while on the New York Times Bestseller list. This book was originally published in October of 2019 and follows the story of Cullen Post, a lawyer, and Episcopal minister who runs a nonprofit called Guardian Ministries, an agency that fights wrongful convictions all over the U.S. Unfortunately, when he takes on the case of Quincy Miller, he may have taken on more than he bargained for.

The Runaway Jury is another John Grisham book that many people are widely aware of and had a popular movie made from it. This book was written in 1996, and the movie made from it was released in 2003. The movie saw a bit of success, and a few people even like it more than the book, but that’s probably due to the performances of Gene Hackman, Dustin Hoffman, Rachel Weisz, and John Cusack. For our money, however, we don’t feel anything can beat the book—a story that incorporates jury tampering, nicotine addiction, and power told in a way that’s powerful and entertaining.

The Street Lawyer is a book that was published by John Grisham in 1998 and is the ninth novel he published. It’s a legal thriller that starts with several lawyers in a D.C law firm known as Drake & Sweeney being held hostage by a homeless man known as Mister. After Mister is shot and killed by police snipers, one of the hostages Michael Brook, an antitrust lawyer, decides to investigate things further. As his investigation leads him into the corruption of his law firm, he uncovers the inequality between the rich and the poor and gets embroiled in a situation that could end his very career.

This book was published in 1993 and had a 1994 movie based upon it starring Susan Sarandon, Tommy Lee Jones, and Mary-Louise Parker. Although the movie was alright, we feel that most people are going to enjoy the book a lot better. This book might not be as exciting as some other John Grisham novels, but it is an entertaining read overall. The story is about a boy who witnesses a man in a black Lincoln trying to kill himself in the woods and he takes it upon himself to save him. Unfortunately, the man grabs him and drags him into the car to die with him. The boy then learns the dark secret the man is hiding, a secret that kicks off this suspenseful thriller.

The Chamber is a legal thriller published in 1994 and was John Grisham’s fifth novel. Although there was some controversy surrounding the book, with lawyer and author Polly Nelson suing Grisham because she felt the story too closely shadowed to her nonfiction book Defending The Devil, the case was eventually dismissed in 1997. Despite that situation, however, this story continues to be a story that Grisham fans love and one that reinforces the idea of redemption. We’re not going to ruin the plot of the book, but let us just say that it’s a good read for anyone who loves a legal thriller.

The Rainmaker is the sixth novel by John Grisham and was published in 1995. It’s different than many other Grisham novels because in the simple present tense. That’s because it’s narrated by Rudy Baylor, a Memphis Law School graduate that ends up working for an ambulance chaser by the name of J. Lyman “Bruiser” Stone. As part of his job, he’s required to chase down and sign up clients for personal injury lawsuits. He signs up two clients, one of which is a poor family who was signed to a bad faith insurance policy. This would lead him to the fight of his life against the corruption of an insurance company.

The Partner is the eighth novel by John Grisham and was published in 1997. It’s a book that we felt could’ve had a better ending, but was otherwise an entertaining story. It’s not the highest-rated novel among fans of Grisham novels, but we still feel that most fans of the author are probably going to want to read it at some point in time. The story begins with Patrick Lanigan stealing $90 million from his law firm, faking his death, and then running to Brazil. After four years, he is eventually caught by American bounty hunters. That is when he’s turned over to the FBI and the story begins to take off.

A Guide To John Grisham Books

Now that we’ve gone over some of the John Grisham books that we enjoyed, we thought that we’d turn our attention to helping our readers find the Grisham novels that are right for them. After all, this author has written 34 novels, 7 thrillers for children, several short stories, and even a few nonfiction books. Therefore, we thought that we’d do a profile of this prolific author in the hopes that it steers readers to his books.

John Grisham was born in Jonesboro, Arkansas and was the second of five siblings born to Wanda and John Ray Grisham. When Grisham was four years old, his family would resettle in Southaven, Mississippi. He has been a Christian since he was eight years old, and he would do some missionary work in Brazil after he graduated from law school. In 1977, he graduated from Mississippi State University—earning a B.S degree in accounting. He would then enroll in the University of Mississippi School of Law, where he graduated with a Doctor of Jurisprudence degree in 1981. After practicing law for almost ten years, Mr. Grisham won election as a Democrat to the Mississippi House of Representatives in 1984. He would serve in that position until about 1990. The year prior, he had published his first novel A Time To Kill. Although that novel enjoyed a moderate amount of success, Mr. Grisham wouldn’t become really successful until his second book, The Firm, was published in 1991. This is when he retired as a lawyer and became a full-time writer. At the time of this guide, Mr. Grisham is still writing, as well as working for a variety of charitable causes including the Rebuild The Coast Fund.

Even though we couldn’t possibly go over all of the honors and awards that John Grisham has accumulated over his lifetime, we would list some of the ones that we think are noteworthy. Let’s take a look at a few of these awards and honors before continuing with this guide, shall we?

Although we covered some John Grisham novels, particularly the ones we reviewed and thoroughly enjoyed, they are, unfortunately, only a small number of the books that the author has published. To keep our readers up to date on some of the other books that Mr. Grisham has published, we did a list of some of them below. We can’t say the following list is complete, however, as there may have been some books we’ve neglected to add or the author may have published new books since we did this guide. However, we do feel that it’s a good start for people who aren’t familiar with the author’s work.

Films Based Upon John Grisham Books

We also thought that it might be fun to list some of the movies that are based on Mr. Grisham’s novels. Hollywood has been in love with this author since 1993 when they turned his novel The Firm into a movie starring Tom Cruise. Below are some of the other movies that readers can enjoy. However, we should state that readers should probably read the books first before they check out the movies.

Well, that just about concludes this guide. It’s our sincere hope that we’ve encouraged all of our readers to take some time out of their busy reading schedule and enjoy a great American author. Although not everyone becomes a fan of this author, quite a few people discover after reading a couple of books that he tells a good yarn. That’s probably why so many movies have been adapted from his books. If a person is willing to choose one of John Grisham’s best books, they’re bound to not only enjoy a great tale but learn quite a bit about the U.S legal system as well.