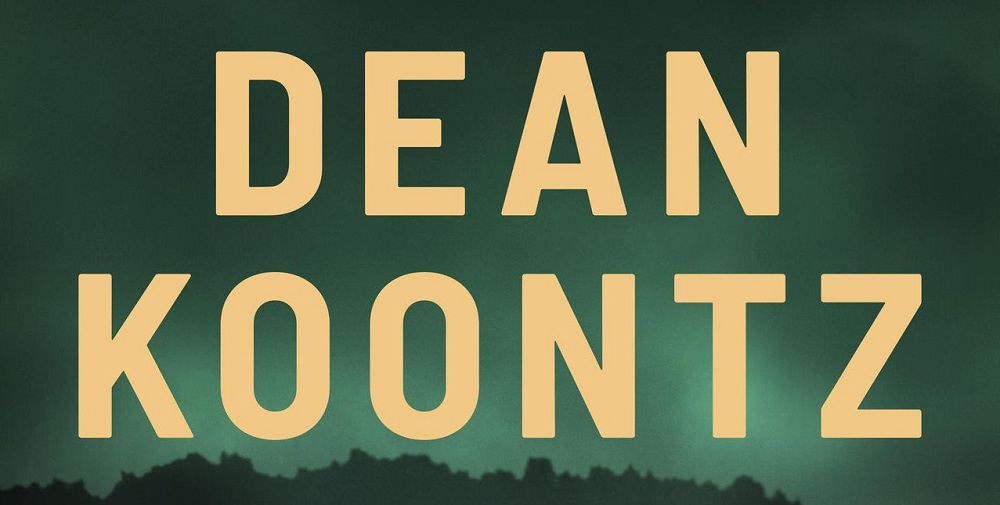 Dean Koontz is an American author that many people believe they can pigeonhole into the thriller genre, but his works tend to blend several different genres into one. He is known for frequently adding elements of science fiction, horror, mystery, satire, and fantasy into his novels. This has contributed to the novels not only being more than what the reader expects but also means that they tend to be highly anticipated. It also means that his books are very popular. Just how popular? Popular enough for this author to sell over 500 million copies of his books worldwide. And also popular enough that we knew we had to review the best Dean Koontz books available.

Our favorite book by Dean Koontz is Life Expectancy, and we have to say that it’s a book that is a bit controversial among his longtime readers. Some people are turned off by this tale that’s full of shocks and surprises and characters that are unique, to say the least. It starts with Rudy Tock and his wife Madelain going to the hospital to have their son, a chain of events is begun that will change their lives, and the lives of their family forever.

In the story, Rudy’s father predicts five terrible days that he will have to face, the information he relays to his son before he dies, and then Rudy meets an unhappy clown that believes aerialists are out to get him. Yes, we understand that the story sounds weird, and at times it gets even weirder, but it’s also a story that’s filled with so many twists and turns, the reader will be on the edge of their seats.

Readers who aren’t already Dean Koontz’s fans might be turned off by this book a little bit, especially with the macabre way that it’s told. However, we feel that true fans of this author are probably going to want to give this book a try. In our opinion, we feel that every reader should give this book a read. Especially if the reader considers that this book is written with a bit of humor in it. It’s also a book that’s unlike other Dean Koontz books written. For some people, that’s something to look forward to and for other people, that’s something they want to avoid. All we can do is say that this is our Editor’s Choice, and we highly recommend it to anyone willing to give it a try.

Chase is the first hardcover novel written by Dean Koontz, but it wasn’t written under his real name. It was originally written under the name K.R. Dwyer and was released in 1972. This version was reissued under the Dean Koontz name in 1995, and we feel that it’s a book that many people are going to want to pick up, especially people who like thrillers. And believe us when we tell you that this book is a thriller. It’s a story that people won’t be able to put down and one that is so riveting that they might be tempted to read it from cover to cover in just one push.

This book is about a retired war here that’s been living in an attic apartment. His name is Benjamin Chase, and he’s falling on a bit of a hard time. Things aren’t going well for him, and he has developed somewhat of a drinking problem. Then, one night he manages to rescue a woman from a killer that was obsessed with her. This is when the killer changes his target from the women to Mr. Chase. At first, the threats come as phone calls stating the killer’s desire for revenge, but things eventually take a more sinister turn as the killer, known simply as Judge, goes after him.

Midnight is a book that was originally published in 1989 and continues to be an exciting read. Although it does tend to venture a little bit too far into the realm of unbelievability at times, Mr. Koontz does a good job of holding the reader’s attention with his descriptive writing style. This book also has solid characters and several different subplots that help to keep the reader engaged alongside the central plot. It’s a book that many people are going to enjoy reading, regardless of whether they’re diehard Dean Koontz fans or not. And that’s why we’ve decided to recommend this book to our readers.

This book follows the story of four survivors of a terrifying event that start out as separate stories and then weave themselves into a central narrative. These survivors are in a small community known as Moonlight Cove, a community where some of the people are beginning to lose touch with reality and their emotions. It’s also a community where some people are suddenly being overtaken by wild surges. The survivors have to survive the terrors and the real dangers of the night in this story that’s a masterful combination of horror, science fiction, and suspense.

Intensity is a book that was originally written by Dean Koontz in 1987. This book follows Chyna Shephard, a woman who was unable to sleep one night, so she sat by the window and gazed out of it. Fortunately, her sleeplessness proved to be invaluable to her because at that precise moment a sociopath has entered the house. A murderer named Edgler Forman Vess, a vessel of evil that’s entering the home so that he can kill everyone inside. He’s a human monster who lives only to satiate his appetite to kill and to live without limits or remorse. And Chyna has been caught in his purview.

At first, Chyna only seeks to escape his murderous onslaught, but then her focus gently shifts as she learns by chance who the killer’s next victim is going to be. It’s this revelation that causes her to dispel her quest for self-preservation and to move towards acts that will give her life more meanings. But to do that, she has to pull together all of the inner strength and ingenuity she has in her to save a girl who’s very life is endangered. A quest that’s difficult, harrowing and fraught with danger. Will she be able to save this girl without losing herself? The only way to find out is to give this book a read. And reading this book is something that everyone should try to do. It might not be the best Dean Koontz novel, but it is one that’s definitely worth having on your bookshelf.

A Guide To Dean Koontz

Now that we’ve gone over some of the best Dean Koontz books, or at least, the ones that we feel are the best, we thought that we would take a few moments to talk more about this author and his works. For people who aren’t familiar with his work, we hope this guide will serve as a proper introduction, and for people who are indeed familiar with his work, we hope it’s capable of at least providing a few more details about the man than they may have known. Now that we’ve laid that down as our objective, let’s start with a brief history of this author so everyone can learn a little bit more about him. 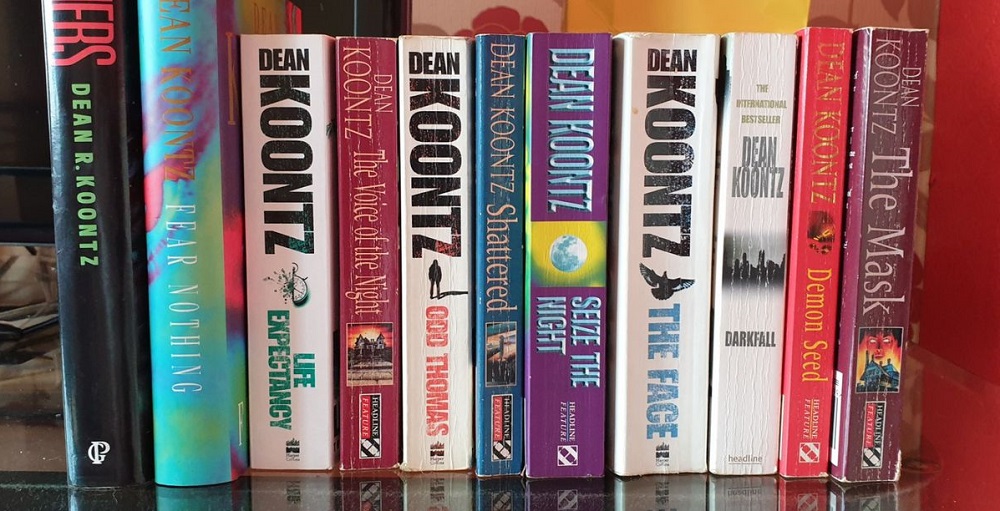 A Brief Biography Of Dean Koontz

Dean Koontz was born in Pennsylvania on July 4, 1945, and graduated from what is now Shippensburg University, but was at the time known as Shippensburg State College. His first job after graduation from this school was with the Appalachian Poverty Program. His job in this position was to tutor and counsel underprivileged kids on a one-on-one basis. However, during his first day on the job, he made a horrifying discovery. He discovered that the person he held the position before him had been beaten up the kids that he was supposed to help, and ended up in the hospital. However, this didn’t deter Mr. Koontz from doing his job, although it did motivate him to begin a career as a writer. He started writing both nights and weekends, something that he continued to do even when he changed jobs and took a position as an English teacher in a school located just outside Harrisburg, Pennsylvania. He would work for a year and a half in that position, but he continued to try his hand at writing. Eventually, his wife Gerda told him that she would support him for 5-years so he could try to become a full-time writer. He took that offer and before the 5-year period had ended, his wife Gerda was able to quit her job and run the business end of her husband’s writing career. The rest is, as they so often say, history.

This author has since gone on to have his books published in 38 different languages, and he has sold 500 million copies worldwide. He’s also had fourteen novels rise to the number one position on the New York Times hardcover bestseller list, with several of them becoming major bestsellers not only in the U.S but also in countries such as Sweden and Japan. He also has sixteen of his paperback novels rise to the number one position. Many of his books have also been made into major movies including Hideaway, Watchers, The Servants of Twilight, Demon Seed, Black River, and Phantoms.

As we’ve said earlier, Dean Koontz has 14 hardcover novels on the bestselling list. Are you curious about what those novels are? Well, if you are, then we’ve listed all of them in the list below. Even though not all of the following books have made it onto our list of the best Dean Koontz novels, their popularity alone probably warrants fans of his work taking a closer look at them.

Movies Based On Dean Koontz Novels

Before we end this guide on the American author Dean Koontz, we wanted to talk about some of the pen names he has used. Earlier in his career, he’s used several pen names. One of his pen names, Brian Coffey, had two books under it that were eventually reissued under Mr. Koontz’s real name. These books were The Voice Of The Night and The Face Of Fear. Below is a list of the pen names that Mr. Koontz has used during his career, so true fans can track down his earlier novels–if they so decide. Having said that, let’s take a look at this list.