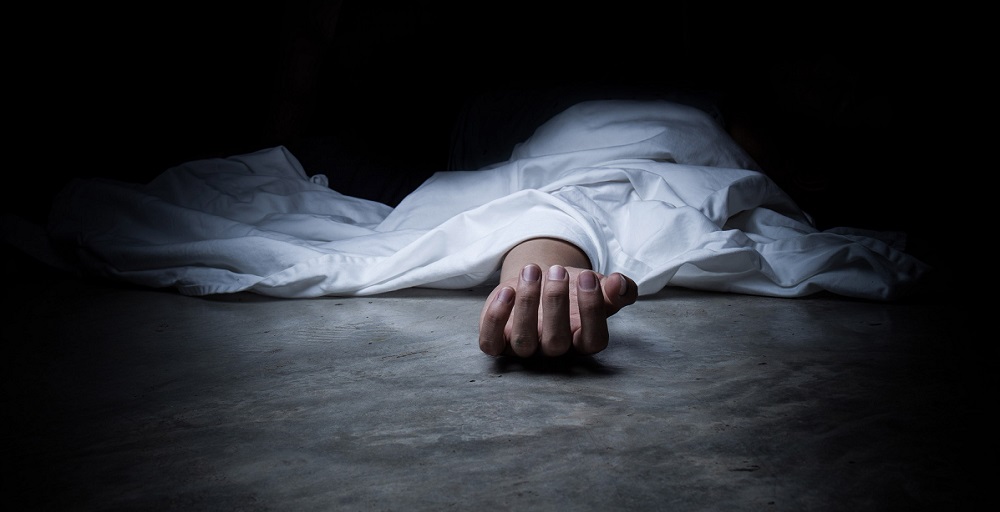 Serial killers are people who simultaneously fill us with fear, disgust, and even fascination. It seems like the modern appetite’s thirst for information on serial killers can’t easily be slaked because there are countless books on the subject—both fictional and non-fictional accounts. There are so many books out there, it’s almost impossible to pour over all of them, although we did attempt to read as many as humanly possible.

Because there’s such an interest in this subject, we thought that we’d find out which of the books out there are the best serial killer books available. And let us tell you, we’ve found an interesting assortment of books to introduce to all of our readers. Before we start, however, we should probably warn our readers that due to the subject matter, there may be some disturbing elements found in these descriptions. Consider yourself duly warned.

This book is a behind-the-scenes chronicle of John E. Douglas—an investigator who spent 25 years of his career in the FBI Investigative Support Unit. In that unit, he used methods of psychological profiling to explore and understand some of the United States’ most notorious serial killers and criminals. In this book, he uses stark details to take the reader behind the scenes on some of the most challenging and disturbing cases he has worked on. There’s no other book about serial killers available that gives the reader the front row seat that this one does.

Dealing with some of the most sadistic and savage murderers of our time, Mr. Douglas became nothing short of a legend in his own time. He pursued the man who hunted prostitutes for sport in Alaska, an Atlanta child murderer, and the Seattle Green River Killer—a harrowing case that almost cost him his very life. What’s most remarkable about his life, however, is that it served as the template for Jack Crawford in the movie Silence Of The Lambs. He has confronted and studied some of the most notable serial killers including Ed Gein, Charles Manson, and Ted Bundy.

This is a book that’s been in print for over 25+ years but is still as relevant now as the day when it was released. And this version has a new forward that goes into detail about some of his suspects that remained uncaught at the time when he wrote the original book including the Unabomber, the BTK Killer, and the Green River Killer. This book is 448 pages long, which might seem like a long read, but it’s one that reads very quickly due to how the content matter engages the reader and keeps them glued to its pages. This book is a page-turner that’s well worth reading and one that we believe will engage fans of serial killer books.

The full name of this book is Serial Killer Trivia: Fascinating Facts and Disturbing Details That Will Freak You the F*ck Out, and we think that this book’s title is most appropriate for what it presents. It’s a book that has approximately 311 pages and has several chapters on the subject of serial killers. It starts with Chapter One: Serial Killer Basics—answers that cover such topics as whether women are equally represented among serial killers, the most common murder method used by serial killers, which country has the most serial killers, who invented the term serial killer, and what genetic condition has been studied as a possible link with serial killing.

Of course, because this book is such a light and bite-sized chunk of trivia, some people may not feel that it delves deep into the subject matter. This is true, so anyone who is looking for a stark and harrowing exploration of serial killers is probably going to be disappointed. However, we think that it is a great book for anyone who is superficially interested in the subject or just needs some general serial killer information to make their trivia nights a little more exciting. Either way, this book is easy to read, well written, and can probably be breezed through in a day or two at the most.

The author of this book is Michael Newton and he is an author who has published over 348 books throughout his career. Some of the most notable books in his portfolio include the Invisible Empire published in 2001, Encyclopedia of Cryptozoic, and most notable, his Encyclopedia of Serial Killers—a book that he published in 2000. This book covers a collection of serial killers that is sure to keep the true crime fan glued to its pages. It’s also a book that’s a handy resource for anyone researching their very own crime fiction novel.

This book is approximately 489 pages long and covers an assortment of serial killers including the Angels of Death to the Zodiac Killer. This book details individual cases of serial murder, some of the techniques used by law enforcement agents, factors that may contribute to the “creation” of a serial killer, and how society apprehends and punishes these killers once they’ve been caught. It also explores how the reality of serial murder differs from what is shown in popular media such as television shows or movies. It also covers some of the most famous murder cases that are still unsolved.

Although some of the serial killer entries are a bit brief, we’ve found this to be a pretty comprehensive book on the subject and one that true crime enthusiasts are probably going to want to have on their bookshelf. It’s also a great gift for anyone to give to their favorite horror fan for Christmas or their birthday. We don’t think that there’s any single book on the subject that covers more serial killers than this book, especially since it seems to cover some of the more obscure killers that are missed by other books. And we’d also like to state that although the information contained within its covers is a bit morbid, it was still a fast and fun read. Yes, it definitely worth a read, especially by true crime fans.

A Guide To Serial Killer Books

Although the above books that we’ve reviewed is a good start, we know that many true crime fans and serial killer enthusiasts are going to want more than a book or three to add to their bookshelf. Most readers of this type of fiction or non-fiction are probably going to want to have a whole shelf dedicated to this subject matter. That’s why we’ve decided to write. While we feel the above books will cover the genre for most readers, the following list will provide more dedicated fans with a roadmap towards obtaining the material they need for an ultimate library on serial killing.

In this section, we’re going to cover some of the fictional books about serial killers. This includes books that are made up out of whole cloth by the author, as well as books that may be inspired by real serial killers but are heavily fictionalized. And the two best books, in our opinion, are The Silence of The Lambs And Red Dragons—two books written by Thomas Harris.

Thomas Harris published Red Dragon in 1981 and it’s the first book in the Hannibal Lecter series, although the movies had Silence of the Lambs as the first movie and Red Dragon as its sequel. This book follows FBI Agent Will Graham—an agent that had once risked his life to capture Hannibal Lecter—as he hunts for a killer known as the Tooth Fairy. A killer who has killed two families and is likely to kill more if he’s not stopped. And since we’re starting with his two best books, we might as well include the third book in that serial killer installment, Hannibal.

The Silence Of The Lambs

This book was published in 1988 and as many people may know from the film, it follows FBI trainee Clarice Starling as she interviews serial killer and former psychiatrists Hannibal Lecter in a maximum security facility for the criminally insane. All so she can find out how to catch the infamous killer Buffalo Bill—a killer who’s been killing women and removing from them patches of skin.

Hannibal is a book that was published in 1999 and takes place approximately 7-years after the events of Silence Of The Lambs. This book deals with the intended revenge of the serial killing psychiatrists Hannibal Lector and it was adapted into a film by Ridley Scott in 2001. It’s not as good as the first two books, but it’s definitely worth reading by anyone who already owns both Red Dragon and The Silence of the Lambs.

Now that we’ve dispensed with the fictional serial killer novels, it’s time to turn our attention to the non-fiction books in this genre. These are books that are truly terrifying because the reader knows the whole time they’re reading them that they’re reading about real individuals. Serial killers that perform some of the most brutal and heinous acts ever committed. Below are some of the books that we recommend in this genre.

Female Serial Killers: How and Why Women Become Monsters

As the name of this book suggests, it deals with some of the most famous (or shall we say infamous) female serial killers of all time. Although most of the time serial killing is an act performed by men, that isn’t always the case as this book sets out to explain to us. This is a book that was originally published in 2007 and is a serial killer book that’s still worth reading.

The Stranger Beside Me

This book was written by Ann Rule and published in 2008. It explains her dark realization that her coworker at a crisis hotline, Ted Bundy, was one of the more prolific serial murderers of all time. It’s a book worth reading by anyone interested in the genre. It’s a great book that takes a peek at the superficial charm of this notorious killer.