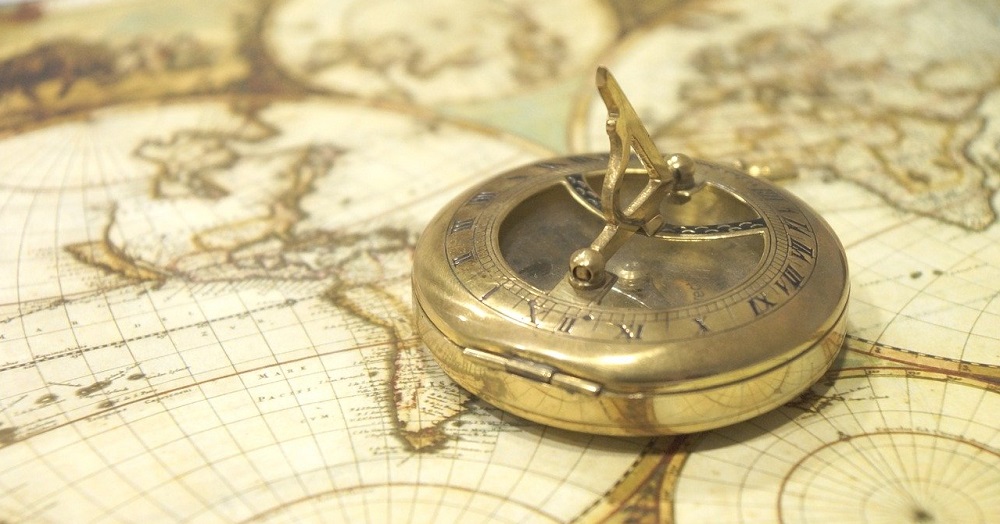 The adventure novel is one in which characters travel to faraway lands, must navigate cultures that are unfamiliar to them, and have to face some daunting internal or external struggle. These books whisk the reader along with the characters, often introducing them to people, places, and situations they wouldn’t otherwise experience.

We feel that everyone should take some time and dive into this book genre every once in a while, and that’s why we’ve decided to review some of the best adventure books that are currently available. Anyone of these books is great for a person looking to lose themselves in an adventure that will stick with them for quite a while.

Editor’s Choice: Le Morte d’Arthur: King Arthur and the Knights of the Round Table

There is probably no other person in the entire history of adventure fiction that has inspired more people’s imagination more than King Arthur and his knights of the round table. The legends of Camelot are stories that still inspire popular books and movies to this very day. Legends that tell the story of illicit love, magic, adventure, and the search for the ever-elusive Holy Grail. Stories that have been told, and retold, since at least the 7th century, but are so good, they are still capable of stirring the modern imagination.

This is Sir Thomas Mallory’s collection of English tales that have been translated from the French and is ready for the modern reader to enjoy. Although the text of this was first published at the end of the 15th century, it’s a book that continues to be read and enjoyed by readers the world over. It features the birth and rise of King Arthur, Arthur’s wars against the Romans, the adventures of Lancelot, the quest for the grail, and other exciting stories that will whisk the reader away to a time far away.

The stories contained between the covers of this book aren’t the only things that are exciting about this book, however. It should also be said that the volume itself is beautiful in its presentation. The book’s cover is bonded in genuine leather, it has beautiful custom endpapers, the pages have gilded edges, and it even has a ribbon bookmark so the reader can keep their place in the book easily. And we should also say that this book also has a great introduction by Stephanie Lynn Budin Ph.D. that will give the reader the information they need to fully enjoy the stories contained within it.

All of these are the reasons that we decided that this was not only the best adventure book that’s currently available for the modern reader but is the best one of all time. After all, if stories last for hundreds of years and are still enjoyed by readers worldwide, then there’s probably something very special about it. And no stories are more special than King Arthur and Camelot.

This book might have been the third novel that Dan Brown has written, but it’s the first one that features one of his most iconic characters: Robert Langdon. In this adventure/mystery thriller, Robert Langdon is a world-renowned Harvard symbologist who has been called into a Swiss research facility to examine and identify a mysterious symbol that been seared into a murdered physicist’s chest. And it’s from there that the reader will be taken on the ride of their lives.

In this book, the reader will come face to face with secret brotherhoods that have existed since time immemorial, weapons of mass destruction, and the rift between science and religion. Langon has to uncover the mystery before the Illuminati rises to do battle with its most hated and formidable foe—the Catholic church.

Although most people would put this book into the mystery and thriller genre—where it does most definitely belong—we have decided that it probably fits in better as an adventure book. The main character has to explore some of the most secretive vaults in the world, dangerous catacombs, long-forgotten crypts and do it all while following a 400-year old trail. If that doesn’t sound like an adventure novel, then we don’t know any novel that does.

This is also a book that reviewers have called a remarkable thriller that’s full of intrigue, adventure, and thrilling moments. Although some people may have complained that the end of this novel wasn’t realistic enough for their expectations, we feel that it fits in well with the overall theme of the book. Of course, we’re going to let the readers decide for themselves, but in our estimation, we feel that it’s one of the best modern adventure books available and one that’s worth reading.

Also Consider: Eaters of the Dead By Michael Crichton

There are a lot of Michael Crichton books that could easily make it to the top of a list of the best adventure novels. These include such great books as Jurassic Park and Timeline. However, we think that one of his greatest adventure books, and the one that often gets overlooked by the media, is Eaters Of The Dead—a book that Crichton published in the Spring of 1976.

Yes, this book has been around for awhile, but that doesn’t diminish the fact that it is a great adventure novel. This book is a retelling of the classic adventure tale Beowulf—a work that Crichton felt wasn’t exciting enough for modern readers. So he decided to rewrite the story and make it more exciting to line it up more with modern tastes. And we think that he did an amazing job in that regard.

This book is set in the 10th century and follows Ahmad Ibn Fadlan—ambassador to the Caliph of Baghdad, Al-Muqtadir, and world traveler. Ahmad Ibn Fadlan was sent to assist the king of
Volga Bulgaria, but never arrives because he’s conscripted by a tribe of Vikings to take part in a hero’s quest to the north.The hero is conscripted by the Vikings because their soothsayer says that having a party of 13 members is a requirement for the party to have success against the savage mist-monsters known as the wendol.

It’s a story that’s told in a narrative style that’s compelling and extremely entertaining. It was also a story that was turned into the movie The 13th Warrior in 1999, and was expertly directed by John McTiernan and starred Antonio Banderas as the lead character, Ibn Fadlan. Many readers have called this story a well-told blend of fantasy and fact woven together into one narrative that will keep the reader turning pages until the very end.

A Guide To The Adventure Genre

Although we were more than happy to go over some of the adventure books that we felt were the best ones, we’re afraid that we’ve only scratched the surface of what’s available to the average reader. There are thousands upon thousands of adventure books that are just waiting to capture your imagination and whisk you away to faraway lands. Almost too many for them to be placed in one list.

However, since we do know that people want to know what might be available, we thought that we’d whittle down the list to the best of the best. Okay, the best of the best in our opinion, and the opinion of many of our contemporaries. With that said, let’s start looking through some of the adventure books that you’re probably going to want to read sometime in your lifetime.

Our Definition Of Adventure Stories

Okay, before we get into some of the books that we feel are the best adventure books, we thought that it might be appropriate to get our terms right. The adventure genre is an overarching genre that includes many different subgenres that can be thrown under that umbrella. Therefore, it’s probably a good idea to list some of the subgenres, so that all of our readers can identify the adventure books that they wouldn’t ordinarily think of as adventure novels. These subgenres include:

As can be seen, adventure fiction is just about any type of fiction that can give the reader a sense of ever-present danger, or a sense of excitement. The reader should keep in mind, however, just because a novel is an adventure book doesn’t mean that it’s going to be a great book. The books in this genre vary greatly from one book to the next. Some novels are merely potboilers designed to appeal to the general population, and some are true masterpieces that will last for generations. That’s why we’re now going to turn our attention to identifying the diamonds in the rough.

The Best Adventure Books Of All Time

Although many people have read Treasure Island as a child (at least, they should’ve), many people may want to revisit this novel. It’s a book written for the young at heart and is full of pirates, greed, treachery, and daring adventures. And honestly, who could ever be against reading an adventure about pirates?

The Call Of The Wild By Jack London

This book is another classic that many people probably read in school. It’s a story that follows a huge Saint Bernard/Shepard mix named Buck as he’s kidnapped from his California home and taken to be used as a Sled dog for the Klondike Gold Rush. It’s a book that details his trials and tribulations as he discovered his true potential.

Lost Horizon is a book written by James Hilton and published in the 1930s. It’s a utopian adventure novel that was made into a film by Frank Capra in 1937, and it’s a tale that highlights adventure, revolution, and pure human emotion. It follows a ground of American and English citizens who are forced to flee an uprising in Baskul and end up on a plane that crash-lands in the western portion of the Tibetan Himalayas. As they attempt to survive, they come across a mystic monastery called Shangri-La that promises them things beyond their wildest imaginations.

Even though Robert E. Howard was mainly known for writing adventure stories for the pulp magazines of the 1920s and 1930s, he did write a great adventure book known as Conan The Conqueror. It’s a story that lovers of sword and sorcery are going to want to check out.

Below are some other great adventure novels that our readers might want to consider. Anyone of the following books will provide the reader with loads of action and adventure.

Best Choose Your Own Adventure Books in 2020 – Reviewed