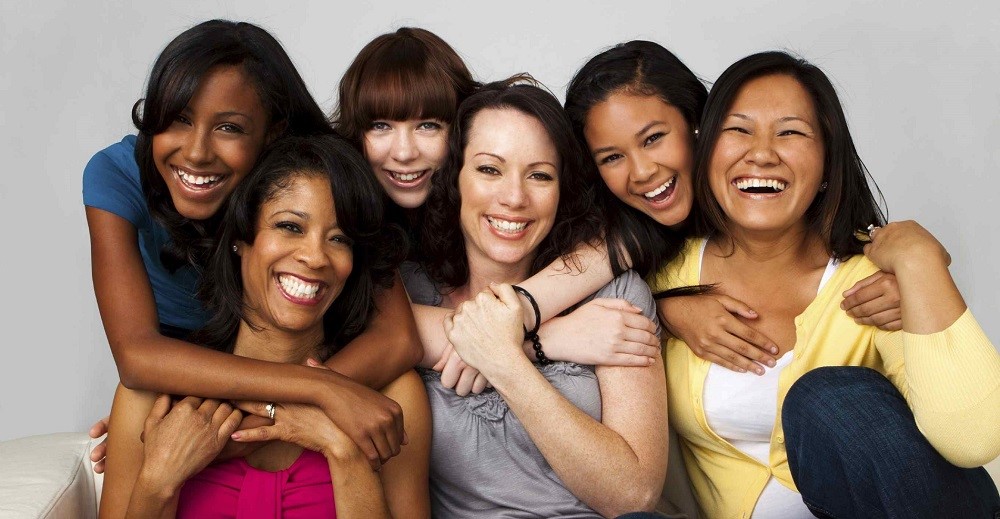 Even though feminism in the broadest sense possible encompasses several different ideologies, social movements, and political movements, it’s all based on its most important principle: the advocacy of women’s rights predicated on the reasoning that the sexes are equal. It also supports the principle that men and women should be equal not only in rights but also in opportunities.

We know that exploring feminism can seem like a daunting task with so many different facets of the movement to sort through, as well as a whole lot of misinformation out there, so we’ve decided to present to our readers some of the books that we feel will make their search easier and help them explore feminism in greater depth. With that said, below are the best feminist books currently available.

Editor’s Choice: The Moment of Lift: How Empowering Women Changes the World

This book by Melinda Gates is not only a New York Times Bestseller but is also an urgent call of courage for a generation of women. It’s a book that shares the lessons that Melinda has learned through her work around the world, and it’s a book written with emotion and grace and conveys the stories of women who would ordinarily never have their stories covered. These are stories that highlight the roadblocks faced by women and explores the idea that if you want to raise society to the next level, then you’re going to have to begin by not knocking women down any longer.

This book just doesn’t center on one single idea or even on the collection of stories that can be found between this book’s covers. This is a book that is also backed by the data that shows to the reader not only the real-world impacts of marginalizing women but also the costs of not giving them the same rights as men. In this book, the reader will find chapters on empowering mothers, family planning, girls in schools, the silent inequality of unpaid work, how child marriage strips the voice from young girls, identifying gender bias, women in the workplace, and the lift that society receives when we all come together.

This book is written by Melinda French Gates—a philanthropist and advocate for the rights of girls and women all over the world. She is also the co-chair of the Bill & Melinda Gates Foundation, and the founder of Pivotal Ventures, a company that works to drive social progress for women in the U.S. And this book is just another example of her dedication to the cause of feminism. It’s a beautiful book with a concise mission statement to move society towards a better reality for not only women but all of us.

Also Recommended: We Should All Be Feminists

This 64-page book is a great introduction for readers who are interested in feminism but don’t know where to start their journey. It’s a personal essay that’s been adopted from the TEDx talk from Chimamanda Ngozi Adichie. It’s an essay that provides the reader with a different perspective than some of the other books on the subject. It presents a new definition for the 21st century going forward, and this definition is not only rooted in inclusion but also awareness. And she has created her view on feminism based upon her own experiences, as well as the realities of sexual politics.

In essence, the view of feminism presented in this book is intended to be more inclusive and to embrace a larger range of people and experiences. It’s a book that’s beautiful written by Adichie and draws on anecdotes that are pulled directly from her childhood and adult life. She creates a narrative that is intended to mow down the stereotypes found in some flavors of feminism and to unpack the emotional baggage that’s often a part of the word feminism. In the book, she argues that it’s necessary to focus on feminism to deal with the problems that society’s view of gender imposes on the discussion.

It’s her point that too many people use the umbrella of “human right” to pretend that women haven’t been excluded by society for thousands of years. She also focused on women of color because she feels that part of the feminist movement hasn’t always received the attention it deserves. This is considered by many to be a must-read for anyone new to the feminist movement or for those readers who aren’t sure that they should be a part of the movement at all. While the book might be brief, it is an eye-opening book on the subject of feminism.

It’s one thing to explain to people feminist platitudes and how the world’s patriarchy affects their lives, and it’s another thing to show them. And this book is more focused on the latter than the former. In this book, the reader will be exposed to the data that prove to them, and to anyone else who reads it, that the patriarchy is real, and it affects every single aspect of a woman’s life. It’s a book that shows to the reader the unintended bias that can make it into data analysis that can have real-world consequences for women.

This book was a winner of the 2019 Royal Society Science Book Prize and the 2019 Financial Times & McKinsey Business Book of the Year Awards and was written by Caroline Criado Perez. It’s a book that dives into the lives of women at home, in the workplace, and at the doctor’s office. This is a book that’s backed by hundreds of studies from the U.S and the U.K and is written in an informative yet energetic writing style that will keep the reader turning pages. It’s also a book that will change the way the reader looks at the world forever.

Caroline Criado Perez explores the myth of meritocracy, the Henry Higgins effect, and the plow hypothesis in detail. It also explains to the reader are women’s rights are human rights and something that benefits all society and not just women. Perez is an author that has the skill to brink all of this to light, so it’s easy to understand by just about anyone but doesn’t talk down to the reader. She’s a writer, feminist activist, and has a degree in English language and literature from Oxford. She also has studied feminist economics at the London School of Economics.

A Guide To Feminism & Feminism Books

Since we’ve covered some of the best feminism books available, we thought that we’d turn our attention to the broader subject of feminism. Unfortunately, feminism is a term that’s historically frightened, confused, and sometimes even angered people—although the word is nothing more than an affirmation for the need for women’s equality. That’s why we’ve decided to write a beginner’s guide to the subject, so everyone can inform themselves.

The fact of the matter is that we all should be feminists. Not only because women are equal to men but also because inequality has a toxic effect on society as a whole. Society can’t be lifted to where it should be if women are marginalized and young men are continuously exposed to the toxic masculinity that fosters misogyny, homophobia, and violent domination of people perceived to be weaker.

Before we get too far into the topic of feminism, it’s probably a good idea for us to define our terms. Far too often, feminism is associated with movements and/or ideals that aren’t a part of its definition. Sometimes this is due to a misconception about what constitutes feminism and sometimes it’s due to the purposeful misconstruing of the term feminism by people who are hostile to the idea. Although we can’t address the latter problem in a guide of this size and depth, we can list the definitions that can be attributed to feminism.

The Definition Of Feminism Is:

The Waves Of Feminism

The first wave began with the suffragettes of the mid 19th and early 20th centuries—or around 1848 to 1920. This is when the suffragettes pushed hard for women’s right to vote. Many people say that its official beginning was with the Seneca Falls Convention of 1848 and ended when the U.S Congress passes the 19th Amendment in 1920 and gave women the right to vote.

Unfortunately, the right to vote wasn’t distributed equally to women of all races—although it was supposed to be. For many women of color, particularly those living in the South, it remained difficult for them to vote. And even today, gerrymandering and voter suppression remains a constant concern.

In 1963, The Feminine Mystique by Betty Friedan was published and that is often regarded as the beginning of Second Wave Feminism. This was a book that sold 3 million copies in the first three years of its publication and was the spark that would ignite the movement into action. This book rails against systemic sexist that taught women that their place in society was in the home and not the workplace. This movement gained some traction and was responsible for The Equal Pay Act Of 1963—a measure that was supposed to outlaw the gender pay gap.

Although previous feminist waves could be attributed to a specific year, the beginning of the Third Wave is a little more ambiguous. However, most people have this wave beginning in 1991. This is when Anita Hill testified before the Senate Judiciary Committee and stated that Supreme Court nominee Clarence Thomas has sexually harassed her at work. Although Clarence Thomas made it to the Supreme Court despite her testimony, it did help many women find their voice and began an uptick in sexual harassment complaints being reported.

Many people believe that the Fourth Wave Of Feminism began in 2008 and continues to this day. This is when a confluence of mass mobilizations—both online and on the streets—was sparked by systemic injustice. The mobilizations included marches for reproductive and abortion rights, marches in support of transgender women and/or support of women of color, as well as support for other groups of women who might be marginalized by society. It’s truly a call to action for a more inclusive society.

We feel that we would be remiss in our duty of bringing the best feminist books to our readers, without covering at least listing some of the great books that our readers can turn to for more information and inspiration. With that said, below are some of the feminist books that we would recommend to anyone looking for more information on this important subject.