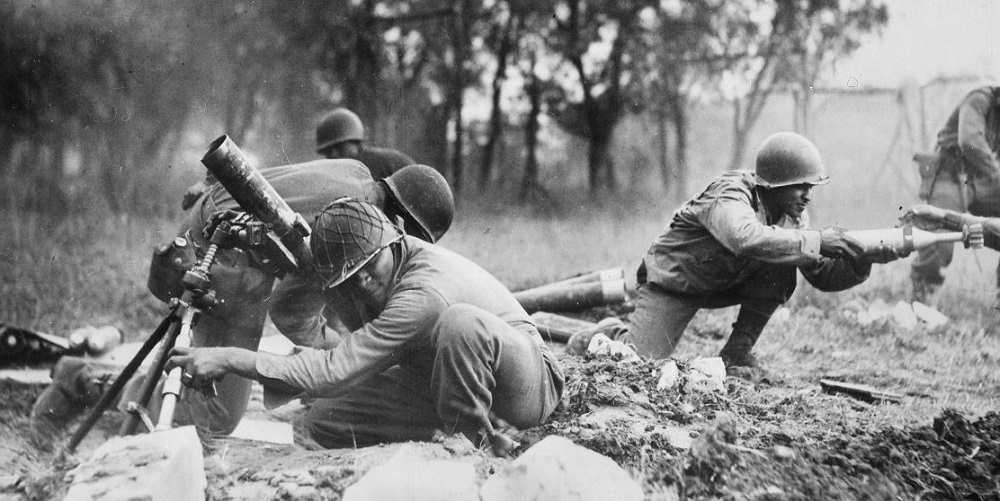 Unfortunately, war is an activity that humans have engaged in for tens of thousands of years. It’s an inextricable part of humanity that isn’t going to end anytime soon—if it ever ends at all. Although the war has brought untold sorrow and destruction to millions of people throughout history, it’s also something that’s been the backdrop for countless stories of heroism and valor—both in fiction and in historical accounts. We should know because we’ve reviewed some of the best war books available, and have some of the ones that everyone should have in their library. These are stories that show the resilience of humanity and how people have struggled and survived harrowing situations.

This book is one of the best war books we’ve ever read. No, scratch that statement. What we meant was that this is the greatest book on war available and is likely to hold that position for quite some time. It’s a beautifully illustrated book that runs approximately 372-pages in length, is well organized and covers everything a person could want to know about World War II. It’s a book that was released by Smithsonian in honor of the 70th anniversary of the war in 2015. And we just have to say that this is a great book for any history fan or student of war to have on their bookshelf.

Inside of this book, the reader will be pulled into the enthralling history of World War II, right after an introduction to the war. The book then moves onto the seeds of the war, which occurred during World War I and proceeded through 1939—a time frame that laid the foundation for the war. Then it goes into Europe going to war in 1939, and the triumphs experienced by Germany in 1940. From there, it shifts its attention from the widening war to the shifting of balance in 1942. It finally begins to wrap things up with the allies turning the tide of the war during 1943, the endgame of the war, and the aftermath of the war from 1946 through 1950.

This is a book that takes the reader from the icy waves of the Atlantic to the sandy battlefields of North Africa. It discusses everything from field medicine to some of the weapons of war used during the conflict. It also focuses on the people that shaped the course of the war and some of the war’s major battles. And all of this information is presented with historical photos, illustrations, drawings, and tables that bring life to the conflict. It truly is a book that covers everything from Blitzkrieg to the atomic bomb and beyond.

In 1945, the last 500 survivors of the infamous Bataan Death March were sent to languish in the Cabanatuan prison camp, while other survivors were sent elsewhere. Inside of the camp, American and Allied POWS faced some of the most brutal conditions imaginable. They were not only subjected to torture and malnourishment but were also subjected to diseases borne out of unsanitary conditions. The prisoners in this camp also faced the real fear of being executed by their Japanese captors every single day they were in the camp. This book is as much their story as it is the story of the commandos that were sent to liberate them.

As General MacArthur was planning their return back to Luzon, officials feared that the Japanese would try to execute the prisoners in the camp ahead of the liberation. That’s why in January of 1945, Sixth Army leaders and Filipino guerrillas developed a plan to rescue the prisoners. 100 U.S Army Rangers and 200 guerillas trekked the 30 miles behind Japanese lines to launch a nighttime raid on the camp. This force was able to take the Japanese forces by surprise and enact one of the most exciting and inspiring chapters in the war. A chapter that just isn’t told by most history books.

This book does cover that story, however, and it does it in a way that’s sure to keep the reader glued to the page. It’s a story of honor, bravery, and self-sacrifice that everyone should be aware of, even if they aren’t students of war or history buffs. It’s quite possibly one of the best WWII stories ever told, which is why we’re quite surprised that it hasn’t been the basis for a ton of Hollywood movies. We guess that if our readers want to find out the true story of this raid, and be captivated by every moment of it, then they’re going to have to read this book.

19 Minutes To Live is a memoir by Lew Jennings—a helicopter pilot of a Cobra gunship that served in two Air Cavalry units during the Vietnam War in 1969 through 1970. Although this is technically the personal story of one man who served during the Vietnam War, it does serve to tell the larger story of helicopter pilots that not only supported the heroes out in the field but were indeed heroes themselves. During the Vietnam War, over 12,000 helicopters were used, and almost half of them, approximately 5,000+ of them to be exact, were lost. Unfortunately, this is a story that just isn’t covered by most Vietnam War books, but is covered in depth by this one.

We felt that helicopter pilots were the unsung heroes of the war that many have dubbed “The Helicopter War.” And there’s no better lens to acknowledge these heroes than through the personal lens of Lew Jennings. He flew over 700+ helicopter missions during the war and received three Distinguished Flying Crosses For Valor. So his stories carry more weight than the stories that have been pulled together by various research assistants and/or editors. These are true stories that give the reader a view of the war unlike any other view by any other source.

Lew tells his experiences from some memorable battles including Hamburger Hill, Ashau Valley, and LZ Airborn. Stories that are harrowing and places the reader right into the cockpit on those fateful missions. We feel that few authors could’ve done a better job of telling these stories than Lew Jennings—a pilot who is a life member of the Vietnam Helicopter Pilot’s Association, the Distinguished Flying Cross Society, and the association of Disabled American Veterans. Anyone interested in the plight of pilots during the war—specifically during the Vietnam War—is probably going to want to add this book to their library. It’s a book that’s sure to bring a whole new perspective to most people’s view of the war and the pilots who served in it.

The Reader’s Guide To War Books

Since we’ve reviewed thoroughly some of the best war books available, we could sit on our laurels, and few people would think ill of us. However, we felt that the three books we reviewed were only the tip of the proverbial iceberg, and we wanted to dive a little bit deeper into the topic and deliver war books that all fans of this genre can appreciate. Now that we’ve stated our purpose with this guide, let’s get started with some more of our war book recommendations.

Although we wrote an entire guide on choosing books for the Civil War, we thought that we’d recap some of the titles that we recommended in that article, so our readers don’t have to go searching for it. Some of the best Civil War books include:

Since two-thirds of our best war books were books that covered World War II, we thought that would be the perfect place for us to continue this guide. Although the two books we reviewed are the best ones available, they aren’t the only ones in this category available. There are other great WWII books and we wanted to list some of them below, so let’s take a look at some of the other books in this category that we would like to recommend:

The Korean War is a war between North And South Korea, which was supported by troops from the United States. This war lasted from June of 1950 through July of 1953 and had over 3 million war fatalities with an even higher number of civilian fatalities. There are a ton of books written about this war, but some of the best ones we’ve found include the following books:

As was the case with the two WWII books on our list, we felt that the lone Vietnam War book on our list was simply insufficient. Unfortunately, there were just too many great books on the subject, so we had to pull out the one that we felt was unique among the rest. However, since we feel that some of the other books on this war should be showcased, we’d liked to list some of them we’d recommend:

The next category of books that we’d like to cover are classic war books. Books on this subject that’s been around for more than 30-years. Some of the books we’ve selected for this category are treatises on the subject, some are fiction and some are general overviews of the war. Let’s take a look at these books—books that we feel belong in any classic library collection.

And the above books are only a sliver of the books that have been written on the subject of war over the years, so once reader finish with them, they’re probably going to want to continue their search. And that’s definitely something we recommend all of our readers to do. After all, there’s a lot of great war stories out there that deserve to be read. 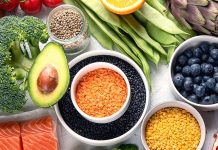