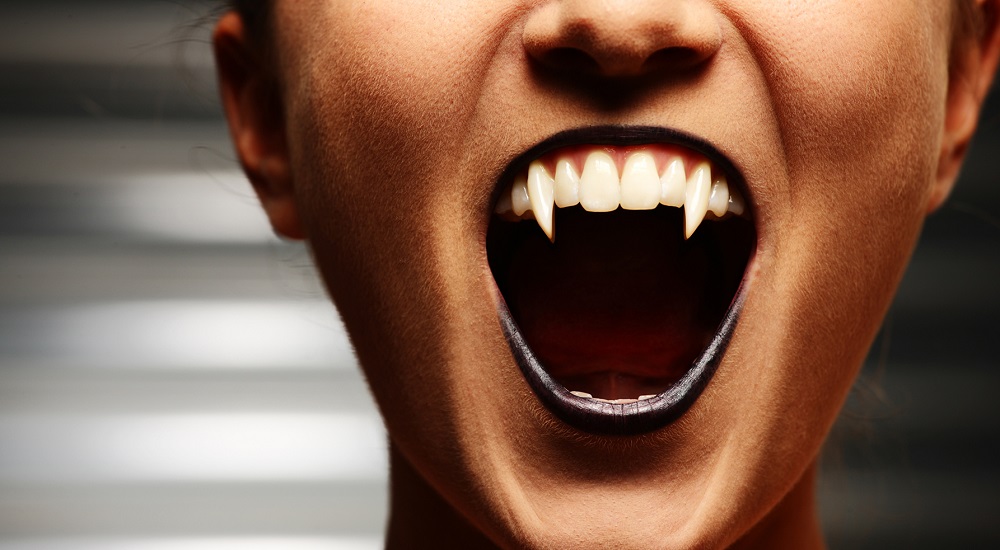 There probably isn’t anybody who isn’t familiar with the concept of vampires—bloodthirsty undead creatures that rise from the grave to terrorize and feed off of human beings. It’s been included in stories for hundreds of years, and most recently, has made it into novels from Bram Stoker’s Dracula to The Southern Book Club’s Guide To Slaying Vampires by Grady Hendrix.

According to websites that are dedicated to reviewing books, there are thousands of vampire books for readers to choose from, and herein lies the problem. Many people feel there are just too many books to choose from, and that’s why we’ve decided to review some of the best vampire books available. Books about these undead creatures that we believe everyone should read at least once.

It’s impossible to look through any collection of book reviews dedicated to the vampire genre without seeing Stephen King’s Salem’s Lot either near the top, or more likely, at the top of this list. There’s a good reason why this book is consistently ranked as one of the best vampire books and that’s because it is. There is simply no author who can drive home the dread and fear that vampires inspire the readers better than him. He’s a master storyteller who creates a vampire plague and drops it into the small township of Salem’s Lot.

The story centers around a small town in Maine named Salem’s Lot where everyone knows each other’s name and is a town that goes about the usual everyday activities that small communities often engage. Then things begin to change as an evil that begins to grow in the small community, destroying families and whisking people away in the dead of night. To destroy the evil, a man and a boy must return to the town for a final confrontation with this ancient evil. Will they survive? Only by reading the story will the reader find out.

As is usually the case with Stephen King novels, this book is tight, and tense, and has a sense of dread that runs through it. It’s a book that the reader isn’t going to want to read at night as it tends to get under the reader’s skin. If there was one complaint that some people are going to have with this book, it has to be the book’s length. This book is approximately 439 pages long, so some people may complain that it’s a little bit too long. However, we urge our readers not to skip this novel because it is one of the best vampire novels available. It’s a book that everyone interested in vampires should read.

Before we begin this review, let us state that Dracula is a novel that’s been around for a long, long time. It was a novel that was originally written by Irish author Bram Stoker in 1897 and was a book that inspired the Universal movie of the same name om 1931. While that might cause some readers to have a knee jerk reaction to this novel and dismiss it because they feel that it’s too old to be relevant, we sincerely hope that most people will at least give it a try. That’s because this is not only one of the most important vampire books ever written, but it’s also one of the best.

This novel is written in an epistolary format—which means that it takes the form of diary entries, letters, ship logs, and newspaper articles—a convention that’s been used extensively in not only the horror genre but also the thriller genre as well. It describes events that take place in England and Transylvania between May 3 and November 6. This is a tale that follows Jonathan Harker, an English solicitor, who visits Count Dracula’s castle that lies on the border of Transylvania, Bukovina, and Moldavia in the Carpathian Mountains.

At first, Johnathan Harker is appreciative of the Count’s graciousness, but he soon realizes that he’s a prisoner of the castle. This leads him to wander the castle, against the admonition of Dracula himself, where he runs across three vampire sisters. Dracula comes to realize that the count is also a vampire, just as Dracula leaves Johnathan to the sisters and heads to England.

And this is where we’ll stop our telling of the story, to not give potential readers any unnecessary spoilers in our review. It’s our opinion that this novel should be on every high school curriculum and that it’s the ultimate vampire story for fans of horror. We loved it immensely and recommend it to anyone who is looking for a riveting vampire story.

Also Consider: Interview With The Vampire By Anne Rice

Another book that consistently ranks among some of the best vampire books available is Interview With The Vampire by Anne Rice. This book is a vampire novel/gothic horror that was first published by Anne Rice in 1976. It was the first novel she published, and it has become one of her most beloved books—even inspiring a movie of the same name in 1994 and starring Tom Cruise, Brad Pitt, Antonio Banderas, Kirsten Dunst, and Christian Slater. It was a novel that got mixed reviews in the beginning, but most vampire fans now state that it’s one of their favorite books.

Anne Rice began writing the novel in 1973 while grieving her 4-year old daughter Michelle who died from acute granulocytic leukemia. It was originally a short story, but she reworked into a 338-page novel, and she completed the task in about 4-weeks. While writing the book at night, she would spend her days researching vampire legends and stories to incorporate into her story. Initially, the novel was rejected by many publishers, but she was able to sell in October of 1974. It was officially published in May of 1976.

This book is told through Louis de Pointe du Lac, a 200-year old vampire who is recounting his life story to a reporter. It begins in 1791, when Louis was a mortal indigo plantation owner living in Louisiana and who is distraught by the death of his brother. He is approached by Lestat de Lioncourt–a vampire who seeks out his companionship. Lestat ends up making Louis a vampire, and the two become immortal vampire companions. It’s here that we’ll leave this story as we don’t want to spoil it, so if you want to know more about it, then you should pick up a copy for yourself. And it’s our opinion that you should.

A Guide To Vampires In Literature

Now that we’ve selected the vampire books that we feel are the best, we’d like to turn our attention to the entire genre. To fully appreciate this genre, consumers should not only understand the history of the genre, but they should also know what some of the most important books in the genre are. Let’s begin our investigation of vampire books with a little history and then proceed from there. Who’s with us?

The Vampires Of Legend

Vampires as blood-drinking undead creatures have been around for hundreds of years—if not longer. They originated as creatures in European folklore and passed along by oral tradition long before anyone bothered to write it down. In these tales, vampires weren’t the beautiful and well-dressed creatures that they’re made out to be in modern fiction, but are creatures with a ruddy countenance and wearing the cerements of the grave.

These creatures would cause grief, suffering, and death in the neighborhoods where they resided while they were still alive. They were feared by most cultures, and people would take great pains of preventing a vampire from entering their home—sometimes by hanging fresh garlic, garlands of flowers, or by placing salt outside their doors and windows.

How Were Vampires Thought To Be Created?

Although there are differences among cultures as to how vampires were created, in most cases, they could be created by a living person sustaining the bite of a vampire. In Russia, vampires were believed to have been created by witches or pagans who rebelled against the Russian Orthodox Church. In other cultures, including Slavic and Asian cultures, it was believed that if a dog or cat jumped over a grave, then the person in the grave would become a vampire.

How Did People Protect Themselves Against Vampires?

Of course, just as people believed that there was a variety of different ways of creating vampires, folklore tradition also had a variety of ways of defeating them as well. One of the most common ways of killing a vampire was driving a wooden stake through the creature’s heart, but there were other ways that people believed they could eradicate vampires.

One way that people attempted to stop vampires was to bury people upside down with their feet up. It was also common for people to utilize garlic or holy water in folk tales to defeat a vampire. Of course, there were a variety of ways that people tried to ward off vampires, and that included the following list of items.

Items Used To Ward Off Vampires:

The Appearance Of Vampires In Literature

Thanks to the official exhumations of Petar Blagojevich in 1725 and Arnold Paole in 1726 in Serbia. These exhumations began when a spat of mysterious deaths arose after Petar Blagojevich passed away. In an 8-day period, nine people ended up passing away. Many of these victims who were interviewed while on their death bed claimed that Blagojevich had been standing over their bed at night. This would lead to the vampire craze of the late 1720s and 1730s.

This vampire craze led to the creation of several works of art tied to vampires. There was the short German poem by Heinrich August Ossenfelder in 1748 entitled The Vampire, Thalaba The Destroyer by Robert Southey in 1801,  The Vampyre by John William Polidori in 1819, and most notable, Dracula by Bram Stoker in 1897.

It’s too big of a task to list every single vampire novel, but we can do a quick overview of some of the vampire prose that’s been released for mass consumption.

While we’re on the subject of vampires, we thought that it might be fun to go ahead and talk about some of the movies we like about vampires. Although we would’ve loved to list every single vampire film ever shown on the silver screen or the television screen, we’re afraid that would necessitate a guide that was many times larger than this one. Therefore, we’re going to have to handpick the ones that we feel are the ones most worth watching.

One Final Word On Vampires

As you can probably see from our guide, the vampire literature/TV-series/movie genre is one of the biggest genres to choose from, so if you’re a fan of bloodsuckers, then you have no shortage of great material to choose from. We don’t know why these mythical creatures inspire so much awe and fear, but we do know one thing for sure: vampires aren’t going away any time soon, so we might as well enjoy what they have to offer. And while we’re reading some great vampire books, we might want to hang a garland of garlic over our front doors—just in case.

Best Choose Your Own Adventure Books in 2020 – Reviewed