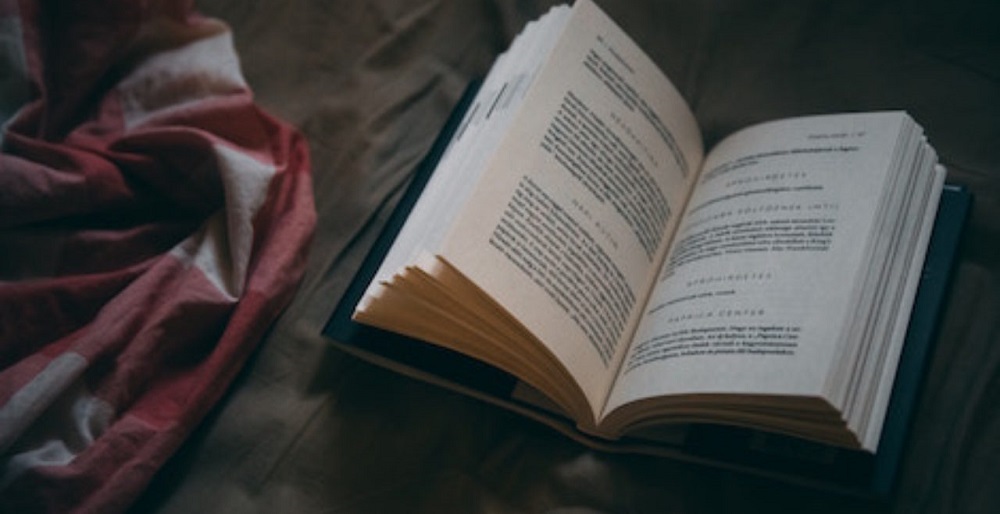 The best suspense novels are the ones that not only inspire a feeling of apprehension in the reader, but also manage to inspire feelings of excitement, wonder, and fascination. They’re stories that are designed to not only cause the reader the readers to frantically flip pages to ease their uncertainty but are often written in a way that sticks with the reader long after the book is finished. It was this unique quality that brought us to this genre and compelled us to write a review of some of the best novels in this genre available. We know this suspense is killing you, so we’re just going to jump right into the thick of things. Who’s with us?

Editor’s Choice: The Girl with the Dragon Tattoo

The Girl With The Dragon Tattoo is a novel that’s the English translation of a book by Swedish author Stieg Larsson and named Män Som Hatar Kvinnor—which translates to “Men Who Hate Women.” It’s a dark and suspenseful novel that was published in the summer of 2005 and was eventually made into a movie of the same name starring Daniel Craig and Rooney Mara.

This book was published posthumously after the author died and is set in actual Swedish towns, except for the fictional town of Hedestad. This book begins with journalist Mikael Blomkvist as he tries to exit through a crowd of reporters after losing his libel and defamation suit brought on by financier Hans-Erik Wennerstrom. Worried about his magazine, Millenium, Blomkvist tells the Millenium’s editor-in-chief of his intention to leave the magazine.

Meanwhile, Lisabeth Salander attends a meeting with Dragan Armansky, her boss, and lawyer Dirch Frode. The lawyer wants to hire Blomkvist on behalf of Mr. Vanger, head of Vangar Industries, and a wealthy industrialist. Together, both Blomkvist and Salander begin to drill down into corruption and inequity that’s almost impossible to fathom.

This is a very suspenseful novel that’s intelligent, well-plotted, and has a moody atmosphere that’s unmatched by any other suspense novel. It’s a book that will capture the reader’s imagination and fascinate them from the first chapter to the last one. As other reviews have pointed out, this novel combines the flash of a serial-killer heroine with elements of the noir genre and with a protagonist that’s strong and unique.

Since we understand that there’s a lot of other suspense/thriller novels available out there, we’ll say just one more thing about this book. We’ll say that the vast majority of readers who read this book are happy with it and would recommend it to others. While we can’t honestly say this is a book that everyone will be fascinated by, we do think a large segment of our readers is going to be happy with it.

Also Recommended: The Girl on the Train

Another fine suspense book that was made into a movie was the book The Girl On The Train by Paula Hawkins. This novel was a New York Times Bestseller when it was published in 2015 and was so popular that the movie starring Emily Blunt and Justin Theroux was released in October of 2016. This isn’t surprising considering that this is truly a great suspense novel.

What makes this story exceptional is that it takes narratives from three different women and weaves it together to make a story that holds the reader’s attention and slowly cranks up the anxiety up to the end of the book. It uses many of the same themes of the book Gone Girl by Gillian Flynn and also does an amazing job of using the unreliable narrator plot devices to get the maximum amount of thrills out of the story.

The first person narration is handled by three narrators. These narrators are Rachel, Megan, and Anna. Rachel is a 33-year old alcoholic who is still recovering from the end of her marriage to Tom. Tom had left her for Anna Boyd. Rachel’s severe alcoholism leads her to binge drink and eventually blackout—leaving gaps in her memory.

Every day, Rachel takes the commuter train and watches the passing suburban homes. The train stops at the same signal every day, which allows her to peer into the home of one particularly content-looking couple—whom she calls Jason and Jess. Her daily peeks into their daily lives remind her of the relationship she had and has since lost.

Then one day, something shocking happens and everything changes. The story then goes on from there as Rachel goes to the police to tell the story. Unfortunately, the police, nor the reader, is quite convinced that her story is as reliable as she thinks it is.

This is a story that will keep the reader guessing from one plot twist to the next, and it’s a suspense novel that we’d recommend. Just be careful if you do pick up a copy because it is an addicting read from the beginning to the very end.

Also Consider: Before I Go to Sleep

Before I Go To Sleep is a novel that was published in 2011 by S.J Watson. It almost immediately became a New York Times Bestseller as well as a Sunday Times Bestseller. It’s a book that’s also been translated into over 3-dozen languages and has become a bestseller in several different countries including the Netherlands, Bulgaria, Canada, and France.

More astonishing than this novel being the first novel to reach the number seven position of the U.S bestseller’s list by a British author since J.K Rowlings published the Harry Potter series is that this author did it while working shifts as an audiologist while working for the National Health Service. This has prompted some critics to call him a “literary sensation that appeared from nowhere.”

Enough about the reception and praise received by this suspense novel. Let’s talk about the story. This story is about a woman who suffers from anterograde amnesia and wakes up every day with no knowledge of who she is or what she’s done the day before. To keep it all straight, she maintains a journal—a journal that informs her she’s been seeing a doctor who is helping her recover her memory. She also learns her name—Christine Lucas—and that’s she’s married and has a son. Oh, she also learns she’s 47-years old.

Even though her journal is supposed to remind her who she is and keep her centered on her quest to regain her memories, there is something strange about it. As her journal begins to grow, she begins to have doubts about the truthfulness of the information contained within it, so she decides to find out who she is—regardless of the cost.

Critics have said that this high-concept idea was beautifully executed on the page and we do tend to agree with them. This is an amazingly structured book that allows the written word to fade and the story to become real in the reader’s mind. It’s a quick read that will keep all of its readers on the edge of their seats.

A Guide To Some Of The Best Suspense Books

Reading and reviewing some of the best suspense novels available was an extremely difficult task for us. That’s because there are so many great thrillers out there that it’s difficult to just keep our list to three books. We could’ve easily created a list of 50+ books, and we think that even then, there would be some great novels left off of the list. There’s just too many novels to read and too little time to read them.

Although we couldn’t read and review every great suspense novel out there, we decided that what we could do was to talk about some of the suspense sub-genres that exist out there and give a brief explanation of each one. And for each of these sub-genres, we can list some of the novels that we liked. We can’t go into deep detail, but we can give our readers a taste of what’s out there. Everyone can then decide which suspense novels are the best for them.

One of the first sub-genres we want to discuss in this guide are psychological thrillers. This is a category in which most of the drama and most of the conflict is on a psychological level and not on a physical level. Therefore, in this sub-genre, you’ll see the protagonist dealing with their mental health or having to use their wits to defeat the antagonist.

Quite the opposite of the psychological thriller is the action thriller. This thriller focuses on the action first and foremost, and the suspenseful elements are thrown in as a little bit of spice. This can be carried off with various amounts of success according to the strength of the author’s writing. However, it should be said that these thrillers do translate well to the screen—which is why so many action thrillers are made into movies.

This is a genre that attempts to mix science fiction elements with suspense elements. More often than not, a cutting-edge piece of technology is either used as a MacGuffin that the protagonist has to retrieve or is a piece of technology that’s being wielded against them.

The crime thriller is an extremely popular suspense sub-genre. This genre usually centers on the criminal’s point of view and the rail on which the story flows is the police gathering the information they need to find and/or convict the criminal of said crimes.

Legal thrillers are very much like crime thrillers, except the main point of action doesn’t center on the police but instead centers on the judicial system. In these stories, the protagonist is usually a lawyer, or less often, a paralegal who gets absorbed into a case that’s potentially dangerous to their client and sometimes even them.

This sub-genres of the suspense genre centers on something that could potentially destroy political relations in the government, or sometimes, the entire government’s existence. The protagonist is either someone who independently takes it upon themselves to solve the situation or is enlisted by the government to stop the potential political or governmental damage and/or fallout.

As the name of this sub-genre suggests, a supernatural thriller introduces some kind of supernatural force and pits it against the protagonist. The supernatural elements may be anything from demonic forces to people with psychic abilities—the only requirement is that it follows the pacing and setup of a suspense novel.

Romantic thrillers are designed to mashup the tense plot points of a suspense novel with the heartstrings of a romantic novel. As the relationship grows and solidifies between the two main protagonists, suspenseful and tense plot points begin to develop. Sometimes the tension works to bring them together and sometimes it works to drive them apart.