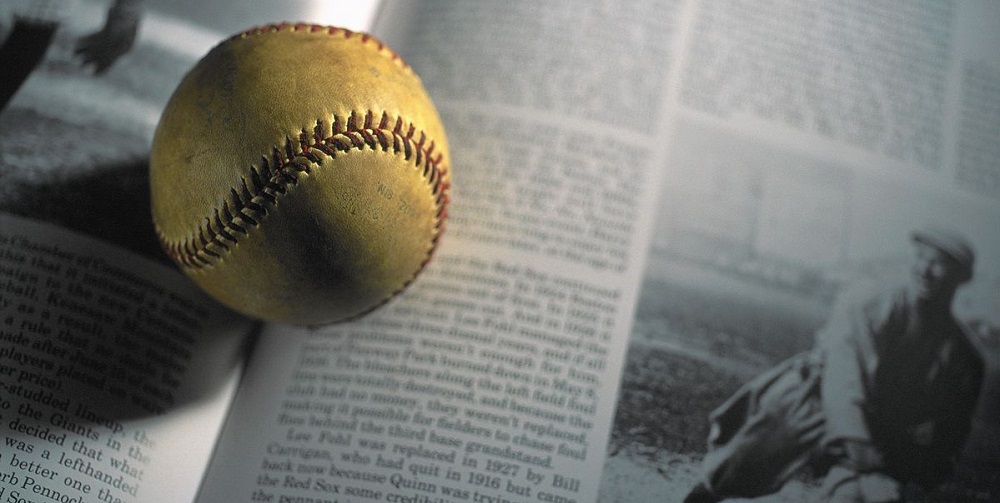 Baseball is a sport that goes back to at least the 18th century and seems to have been a variation on English games that were played around the Revolutionary War: cricket and rounders. After the war ended, the game has spread from schools and college campuses all over the young United States, and eventually into the industrializing cities of the 19th century.

The game would go on to not only become the national pastime of the U.S. but to be enjoyed by people all over the world. Unfortunately, we can’t adequately capture the joy and magic associated with this game in such a limited amount of space we have afforded to us, so we’re not even going to try. Instead, we’re going to review some of the best baseball books available, so all of our readers can discover the pleasure derived from this game on their own.

Most baseball books are written by one author who provides his or her perspective on the game. This book is a little different in its presentation, however. It presents the perspective of many different contributors, contributors all writing on the subject of baseball. These are contributors who are either close to the game of baseball or their careers intersected with the sport. And anyone with even a passing interest in baseball may have heard of some of the names of the contributors of this book. They include John Updike, Doris Kearns Goodwin, Red Barber, Gay Talese, Roy Blount Jr., Pete Hamill, Vin Scully, Zane Grey, and Gary Smith. This book is a collection of some of the best baseball writings every published and is worth reading by anyone who has ever enjoyed the game.

The writings that can be found in this book include stories that are both fictional and non-fictional and reflect the history, tradition, pain, and pleasure of the sport. Many people consider the stories in this book to be the best baseball stories of all time. It covers everything from the olden days of the original playing fields to the modern stadiums of today. From the time Babe Ruth and Lou Gehrig were stuck out at an exhibition game in Tennessee from a 17-year old pitcher to when Sandy Koufax pitched his fourth perfect game, these are stories that resonate with the reader and entertains them. This book even includes the “Whose On First” comedy routine by Abbot & Costello. That’s why this is the best baseball book currently available.

This book is a comforting bedtime storybook for children that are beautifully illustrated and well written. It’s designed to introduce children to the sport and to help reinforce that feeling of comfort and family that baseball seems to embody. Although some of the rhymes of this book don’t flow as smoothly as we would’ve liked, and some of them even seem kind of forced, that doesn’t distract from the beauty and the entertainment value of this book. Most children we know who’ve read it seem to enjoy it a whole lot. And we think that parents will enjoy reading it to their child as much as the child will enjoy hearing it being read.

This is a book designed to be read to children ages 1-4 years of age or grade levels preschool through second grade. It’s a board book that’s only 30-pages long, which is just long enough to tell the child a story before they become distracted by something else. It’s a book that was written by Michael Dahl, an author who has written more than 200 books for children and young adults. He’s won the AEP Distinguished Achievement Award several times for his nonfiction and has won a Teacher’s Choice Award from Learning Magazine. It’s no wonder this book has turned out to be a great children’s baseball book.

Best Book On Baseball Stadiums: Ballparks: A Journey Through the Fields of the Past, Present, and Future

We’ve always felt that one of the best ways of telling the story of baseball is through the various Major League Ballparks of the past and present, and that’s exactly what this baseball book attempts to do. This book is filled with not only some of the best stadium photographs found that can be found in a book on the subject but also the history and traditions of these stadiums. From the storied parks of the glory days of baseball to the fan favorites that millions of baseball tourists visit each year, the reader will find them in this great coffee table book. Some of the parks that the reader can find in this book include Dodger Stadium, Fenway Park, Wrigley Field, AT&T Park, Sportsman’s Park, Shibe Park, PNC Park, Safeco Field, and Camden Yards.

From Philadephia to St.Louis to Los Angeles, the reader will find some of the most beautiful stadium pictures paired with some great historical facts. This book also has a tear-out bucket list, so readers can tear it out to take with them if they ever decide to visit these stadiums in person. This is a book that makes the perfect gift to any baseball fan and it is great to leave on a coffee table for guests to enjoy. We’ve found it to be one of the most beautifully designed and informative books we’ve ever read on the subject of baseball.

There are some things that baseball history books seem to miss and that’s the unwritten rules, superstitions, and traditions of baseball. These are things that most players and baseball managers know but aren’t common knowledge for the millions upon millions of baseball fans. Also contained within this 304-page book are some of the funniest and wildest baseball moments to be added to the written page. Stories that include not only national heroes, but also some of the lesser-known players, including the pitchers who are known to be some of the biggest headhunters in history. All contained in an easy-to-read writing style.

This book starts with unwritten rules such as when it’s not appropriate to steal a base, what the rules are for running into the catcher, and how to tag the bases appropriately. It also covers the war and retaliation that can happen between opposing teams’ players, sign stealing, cheating, baseball fights, and off the field behavior of many baseball players. That makes this a book that no true fan is going to want to miss out on reading. We would definitely recommend this book to anyone who has a deep love and admiration for the sport of baseball and wants to read a book that covers some of the finer points.

A Guide To Baseball & Baseball Books

Now that we’ve pitched out our picks for the best baseball books, we’ve decided that it was appropriate to drill down into the subject a little bit further. After all, the history of baseball books is almost as storied as the game itself, so it’s worth a little more exploration, don’t you think? So, we’re going to start with the history of baseball, and then work our way towards some of the great books that have covered this sport over the years.

The History Of Baseball

As we stated in the introductory paragraph to our baseball book reviews, the game of baseball wasn’t invented by Abner Baseball as some people have stated over the past few decades. No, that was a story that was created by A.J Spalding based upon the claims of a mining engineer named Abner Graves. It was a story that grew into a legend. A legend that was used as the driving force to establish the National Hall of Fame and Museum.

It was a derivation of cricket and rounders—an English game that involves bases and a bat and ball—however. A game that grew in popularity until the Knickerbocker Baseball Club was founded in September of 1845. One of the men, a bank clerk and volunteer firefighter, Alexander Joy Cartwright, would codify the news that would form the cornerstone of modern baseball. This would include changing one of the rules that were common at the time: the practice of throwing balls at tagging runners in an attempt to throw them out. He also codified the diamond-shaped infield, the 3-strike rule, and the establishment of the foul lines.

The rule changes incorporated by Cartwright would make the game faster paced, safer, and a lot more challenging than the game of rounder that was played at the time. It would also clearly differentiate it from cricket—another game that was popular at the time. This increased its popularity even more, which is why we’re talking about baseball today and not rounders or cricket. The first official game of baseball to be played would be in 1846 when the Knickerbockers played a game against a team of cricket players.

Although we tried to keep our selection of the best baseball books confined to some of the newer books on the subject, the truth of the matter is that there are a whole lot of classic baseball books that are worth reading. Books that give the reader a unique perspective on the sport or provide them with information about the game, teams, or players that they didn’t have. Below is a shortlist of what we consider some of the most worthwhile baseball book classics we think everyone should read.

This is probably one of the better-known books on baseball written—it was even made into a movie starring Brad Pitt, Phillip Seymour Hoffman, and Jonah Hill. This is the story of the Oakland A’s and their GM Billy Beane who decided to discard the commonly accepted notion of selecting players and instead use a system that allowed them to compete against the teams with the deeper pockets. It’s a must-read book for anyone interested in one of the most amazing stories from the business side of baseball in quite some time.

This baseball book was first published in 1970, and when it came out it rocked the baseball world. When the book came out, sportswriters called Bouton a traitor, and the baseball commissioner tried to get him to retract the statements made by the book. Fortunately, for Bouton, fans loved this book and consider it to be one of the most important baseball books of all time. It’s a book that every fan of the sport should read.

Other Important Baseball Books Worth Reading